There really is nothing else like a Wes Anderson-directed stop-motion animated film, and it’s especially true of Isle of Dogs, the latest one-of-a-kind creation from the mind of this unique master filmmaker. Isle of Dogs is a very Japanese film, set entirely in a retro-future Japan where dogs have been outlawed by cat-loving government villains. It's endlessly imaginative, unlike anything I've ever seen before, with incredible detail in every single frame. So much so, that it's almost impossible to keep up with all of it. The film is at times amusing and funky, with plenty of Anderson's typical quirky humour and wacky characters galore. The problem though is that it’s intensely clunky and heavily over-burdened with complex information and detail that doesn’t entirely connect – although there is  an undeniable charm that just about gets it over the line. Isle of Dogs introduces us to a weird, alternative version of Japan where dog lovers have been overruled by cat lovers, and thanks to an outbreak of canine disease, the government has convinced the masses to banish dogs to Trash Island. A 12-year-old boy name Atari, goes off on his own to find his dog Spots, the very first dog to be sent to the island. He clumsily embarks on an adventure to find and bring his mutt home, encountering a pack of wild dogs living on the island, who try to help him. This is where the complexity kicks in, with narrative threads involving the government via a rang of nefarious oddball characters.

The character design, set design, cinematography and voices are wonderfully creative and captivating, but the film's biggest problem is bringing all of this together in a coherent way. It's structured to be a very Japanese film - there are chapters and title cards entirely in Japanese, along with other cuts to flashbacks and asides to explain parts of the story. However, with so much going on, the film occasionally loses its charm. There's a dog loving (or as they say in the film: "pro-dog") element to the film however, that keeps it afloat, and in the end, manages to keep it the right side of endearing. 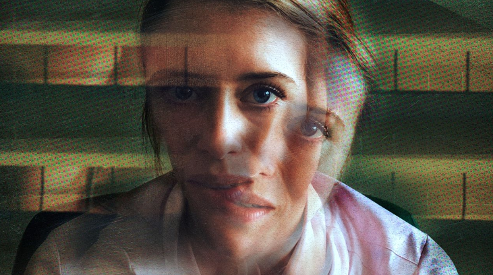 As just about everyone and their granny is now aware, Unsane was apparently filmed with an iPhone 7 plus, the lensing of which helps fuel the paranoia-feel/down-the-scale resolution tone. Soderbergh’s film centres on the subject of stalking, with Claire Foy successfully adopting an authentic American accent, and playing the unfortunate stalkee, operating under the ludicrous moniker of Sawyer Valentini. Her prior experiences with a pathetic nutjob stalker are still lodged in the forefront of her psyche - and despite having arranged a restraining order against the culprit and constantly moving home all around the country, she seems unable to lose this character. So much so that the dodgy and anti-climactic Tinder date which follows is the least of her worries. Her efforts to escape her tormentor lead to a consultation with a seemingly well-intended therapist, who manipulates her into signing herself away into a behavioural centre for 24 hours. Her bewilderment is exacerbated when one of the centre’s staff appears to be the dreaded one and only - her prior stalker – and with this revelation, Soderbergh musters up a seductive sense of dread and escalating situational horror.

What he doesn’t do, however, is suspend the mystery, as the revelation that the staff member is indeed who Valentini thinks he is, is confirmed early on. Don’t be miffed however as that’s not a spoiler. Unsane is less about the questions surrounding the mind-frazzled perspective of Valentini, and more about how she copes with her pursuant. It assuredly takes some time to re-adjust, but the film’s serpentine narrative will have you squirming in your seat in next to no time. Foy is excellent here - offering a queasy sadistic edge which sets her apart from her previous roles and indeed from the atypical victim character model. Actually on occasion throughout the running time, it’s difficult to establish who is the prey and who is the hunter in this twisted relationship. Less defined however is her assailant (Joshua Leonard). Unfortunately, all the stalker stereotypes are at play here, as he exaggerates everything in sight – which requires more suspension of belief than the machinations of his plan to get hold of Valentini.

Juno Temple, too, languishes in a role as a deranged mentally-ill patient, a damaging representation of an undeservedly maligned fringe group. In the end, her character amounts to nothing more than a blatantly foreshadowed plot point.  The first two acts are rivetting, but the more ridiculous Unsane becomes, the more it lulls. Yet despite that, it remains intensely watchable – Soderbergh is unafraid to go for the dark and dirty, and the fate of more than one character plays out in excruciating fashion. His film is ridiculously entertaining stuff, and is fully committed to the atmosphere readily splattered into life by its bravura camerawork - and with Claire Foy’s terrific, full-throttle performance it’s a fine match for its gripping low-budget flourishes.