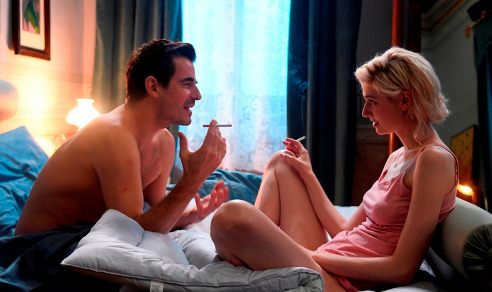 The Burnt Orange Heresy oozes and drips with style as charismatic art critic James Figueras (Claes Bang) hooks up with provocatively alluring American, Berenice Hollis (Elizabeth Debicki). He’s in possession of a charm that masks his ambition, whilst she’s an innocent touring Europe, enjoying the freedom of being whoever she chooses to be. Inevitably they become lovers, and the pair skeedaddle off to the lavish and opulent Lake Como estate of powerful art collector, Joseph Cassidy (Mick Jagger). Cassidy is the patron of Jerome Debney (Donald Sutherland) the reclusive J.D. Salinger of the art world, and he has a simple request: for James to steal a Debney masterpiece from the artist’s studio, at whatever the cost. The Burnt Orange Heresy is compelling sleaze of the highest order, as this film, adapted from the novel by Charles Willeford, melds beauty and high class living with the ugly nature of ambition. Director Giuseppe Capotondi has put something together here that is simply impossible to look away from when it peaks in beauty and wallows in ugliness. It’s a strong narrative thanks to a solid script from Scott B Smith who adapted it from the book, but here in Capotondi’s hands the material really manages to come alive. It all has a smooth rhythm to it and the director isn’t afraid to let certain shots linger a little more than you’d expect. to give it all a very stunning but ultimately insidious feel.  The stunning locations lull us into what is ultimately a very dirty story that is pulp personified - and it all comes to life thanks to some excellent performances.

Claes Bang (who in my humble opinion would make an ace new James Bond) just oozes sleaze, sex and the ability to exist in high class simultaneously.  It’s rare to see such a likeable dirt bag but here he is. We get roped in not only by his charm but by the kind of person he actually is, just visible underneath the surface. Elizabeth Debicki continues to show some incredible range as the deliciously alluring, yet fairly naive stranger who comes into his life, while Mick Jagger in a small but key role brings some terrifically sinister ambivalence to it all, while Donald Sutherland is the nature of art personified.  These are four characters in a world coming at a situation from very different viewpoints and watching the interplay unfold is quite fascinating.  Every character in this film, who claims to be one thing, is actually something else. The mood and the atmosphere in this story is incredibly clear from the opening frame. 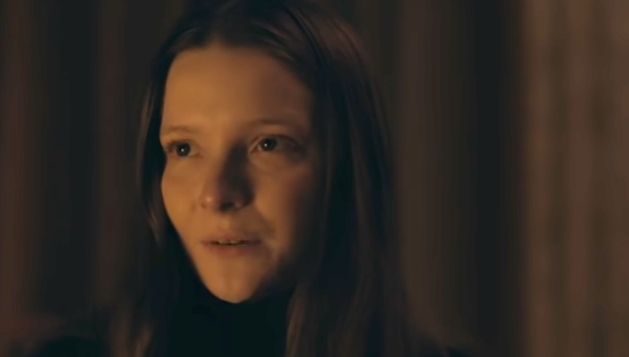 If God exists then so must The Devil, in Rose Glass’ stunning debut Saint Maud which sees a pious young nurse who experiences beatific visions become obsessed with saving the soul of her dying patient Amanda (Jennifer Ehle). Saint Maud is a strange, beautiful, and yet deeply disturbing chiller which mixes psychological, religious and body horror to form something that feels utterly original. Maud (Morfydd Clark) is a young private palliative care nurse looking after a former noted dancer dealing with late-stage cancer. Maud talks directly to God and feels his presence in almost orgasmic ecstasy and when Amanda tells Maud she can feel Him too, Maud believes it’s a sign and her mission is to deliver Amanda from evil. In Maud’s eyes at least – and cinematographer Ben Fordesman’s camera is very much Maud’s point of view – Amanda is the perfect sinner, shown incessantly smoking, drinking, having sex, and throwing lavish parties for her artistic friends. Meanwhile Maud lives in pious poverty, alone in a run-down flat. Hints at past trauma suggests the newly converted Maud has demons of her own that she’d be better off focussing on – so it’s a story about mental health as much as spiritual and corporeal themes.

Meanwhile older, more experienced Amanda has other needs and desires. Once a glamorous and celebrated performer, Amanda is uniquely in touch with her body, as the dancer she was. Meanwhile Maud actively rejects hers, buttoned up in her nurse’s uniform, revealing slashes of self-harm, and later enacting excruciating rituals of pious torture on herself. Maud’s agony and ecstasy is purely spiritual, her perceived higher purpose is juxtaposed against the squalour of her tiny flat. The film is set against the flashing lights and faded glamour of a seaside town (it was shot in Scarborough) where the locals seem like demons. Fordsman’s camerawork is highly inventive, full of drunken lurches and pulsing sensuality, and the everyday dinginess of Maud’s existence is used to great effect, with shots of tomato soup boiling in a pan looking like a glimpse into the lakes of hell. If anything, it serves well to reflect the chaos and confusion of Maud’s mental state.

This is elevated horror that messes with your perceptions of what’s real and what isn’t, and comes with an ending that’s so simultaneously euphoric and horrific it feels like a punch in the heart and a sledgehammer to your senses.