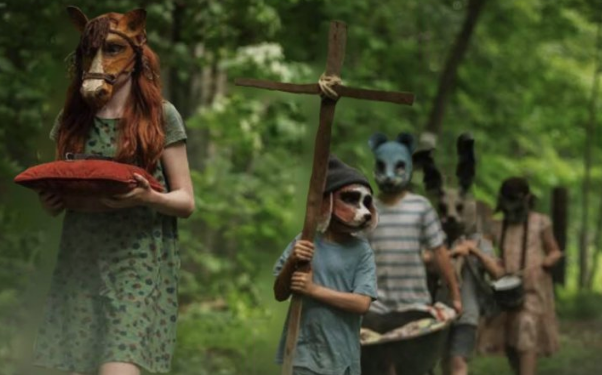 Pet Sematary was one of prolific horror writer Stephen King’s more devastating novels, offering a meditation on grief, guilt, and how both are intrinsically linked. It was 1983 when the book was released, and in 1989 it hit the mainstream with a film directed by Mary Lambert. Now, 30 years later, co-directors Kevin Kolsch and Dennis Widmyer have collaborated on a new adaptation that succeeds in some areas where the 1989 version failed, while ultimately failing to offer an ending that resonates as deeply as its source material. Louis (Jason Clarke) and Rachel Creed (Amy Seimetz) have relocated with their two children from the big city to a quiet, rural town where they hope to establish a more serene existence. As a doctor, Louis has worked night shift for many years, tending in the main to brutal emergencies. Their move should offer a calmer pace of life for him and his family — eight-year-old Ellie (Jete Laurence) and toddler Gage (Hugo and Lucas Lavoie) — but almost immediately the family is hit with tragedy when their cat, Church, is hit by one of the many fuel trucks that speed recklessly down the road in front of their home. On the advice of their neighbour, a friendly widower named Jud Crandall (John Lithgow), Louis buries Church in a secret area beyond the local “pet sematary,” where children often lay their pets to rest in eerily ritualistic fashion. However, the late feline is surprisingly resurrected – but in the next of his remaining eight lives he is no longer the friendly moggy of before, and when tragedy strikes the family once again, Louis fails to adhere to the obvious lesson.

There will be few horror-film fans who haven’t seen Lambert’s 1989 film — and this new version is both darkly humorous and quite chilling, modernising some of the cheesier emotional beats of the earlier adaptation. For much of the running time, the directing duo confront grief and guilt in a manner that resonates deeply whilst managing to subvert those expectations to provide an unnerving exploration of death and its emotional effects. That approach may appear heavy-handed to fans of both the novel and the 1989 outing— as are winks and nods to King’s bibliography — but this Pet Sematary is more effective than the previous adaptation, at least until the climax. It’s in the third act where the macabre poignance of the first two-thirds of the film swiftly devolves into silliness, ending on a note that is neither heartbreaking nor horrific. It really is unfortunate, given the elements that preceded it. The film is anchored around the grief-stricken parents, and certain scenes are far superior to those in Lambert’s version, and help illuminate Rachel’s struggles with the concept of death. That character development is the key to understanding her ongoing arguments with Louis over how to explain Church’s disappearance to young Ellie. Similarly more effective in this iteration is the brutal death and subsequent reappearance of a college student named Victor Pasquale (Obssa Ahmed). Louis’ guilt takes on an additional, subtle dimension in this version - Victor is black, and the script pays closer attention to the Native American origins of the supernatural cemetery in question. As such, Louis’ post-mortem guilt concerns not only his failures as a husband and father, but as a white man. Unfortunately, many of these headier ideas are lost in the film’s final moments, as Pet Sematary spirals into the realm of the cartoonish with an ending that ultimately ruins all that came before it. 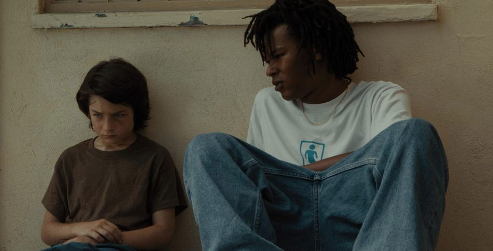 Mid90s takes a nostalgic trip down memory lane, playing like a time capsule of a decade gone by, rather than a fully realised film. Written and directed by Jonah Hill in his directorial debut, this is a snapshot of one boy, who becomes transfixed by some neighbourhood skateboarders, eager to assimilate himself into their culture and be accepted by guys he aspires to have as his peers. Stevie (Sunny Suljic) lives with his single mother (Katherine Waterston) and volatile brother Ian (Lucas Hedges). The film opens with Ian aggressively beating up Stevie, suggesting more than sibling rivalry occurs in their home on a regular basis. Stevie and Ian aren't close, clearly, but Stevie still looks at his brother with some sort of admiration – mainly for his shoe and CD collections). Seemingly needing an escape, Stevie enters a local skate shop where a group of older layabout kids are hanging out. After some minimal vetting and teenage Q&As, Stevie starts spending more time with the group, as he gets to know this eclectic bunch. There's tough guy Ruben (Gio Galicia), aspiring filmmaker Fourth Grade (Ryder McLaughlin), swaggering party boy Fuckshit (Olan Prenatt) and the much quieter Ray (Na-kel Smith), subtly offering the best performance.

At first, Stevie is just the new kid on the block, but he's happy to have a group of friends to spend time with outside of his house. They tease him and boss him around but the younger lad doesn't seem to care. When Ray tells Stevie to refill the water jug, Stevie's face lights up; he's thrilled just to be included. As the film progresses, Stevie becomes one of the group and less like their mascot, adopting their lifestyle by staying out late, smoking cigarettes, getting drunk at parties, and swearing at his mother.

Mid90s affectionately hits some points of familiarity, calling back to a time when youngsters would do anything to fit in or seem cool. What's crippling about Hill's screenplay however is that it only scratches the surfaces of these characters, rarely developing them or any conflict, until the final moments when it feels shoe-horned. In the final act, Ray and Stevie have the best scene of the film together, offering a nuance that is sorely missing from Hill's story. There's a great deal to be explored with Stevie and Ian's relationship and the unexplained rage Ian projects towards his younger brother, but regrettably Hill doesn't attempt that, instead letting crucial moments pass by without much thought. Hill had previously stated that Mid90s was deeply personal to him, having grown up in Los Angeles with admiration for skate culture. None of that is injected into the film, which is more interested in its soundtrack than the people whose lives it explores. There are so many skating montages set to 90s music that it all just ends up feeling like an dated and overlong music video, devoid of any of any real wit or soul.