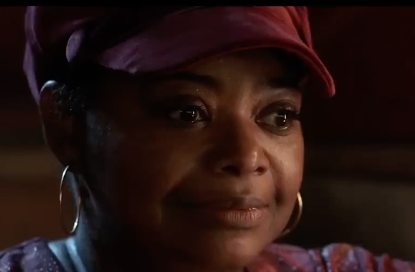 With Jordan Peele’s Get Out, the impact was immediate, as producers realised audiences were desperate for films that utilised the conventions of the horror film to explore pervasive racism in America, and a new wave of modest studio horror went into production. This success clearly inspired Ma. After her parents’ messy separation, Maggie (Diana Silvers) moves back to her mother’s (McKaley Lewis) home to finish high school. Almost immediately, she falls in with a group of friends who spend their weekends driving around aimlessly and begging strangers to buy them booze from the local off-sales. Finally, up rolls Sue Ann (Octavia Spencer) who very quickly becomes a heroine to the local teens.  They nickname her "Ma"  –  after she agrees to host their parties in her basement. Soon, however, the group discovers a darker and more obsessive side to their gracious hostess and learn that there’s more to Sue Ann’s history in this town than initially meets the eye.

Clearly Ma offers the identifying traits of the archetypal subservient, sexless, and apathetic toward the needs of their own families  –  are directly contrasted in Sue Ann, who feeds on her teenage trauma to facilitate her own agenda. It’s an extremely tricky line for the film to walk, as there are times when Spencer’s character feels less subversive and more like an even bammier Annie Wilkes from Misery. There’s never really any question as to where Ma is headed  however –  hometown reunions often provide the lifeblood of the horror genre  – and Spencer just about pulls the viewer through the necessary twists and turns through sheer force of will. Sue Ann is moderately likeable for the initial stretch of the film, and her moments of quiet reflection peppered throughout the film are almost enough to bring us over to her side – even when she descends into her murderous rampage. Spencer is undeniably a fine screen presence, as shown by her versatile performances The Help and The Shape of Water. Sadly though, neither her role in it nor the film itself are quite as smart as they would like to be and Spencer's choice here isn’t worthy of comparison to those other films. 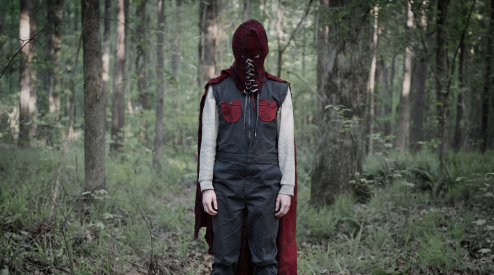 Tori and Kyle Breyer (Elizabeth Banks and David Denman) are doing their best to raise their 12-year-old son, Brandon (Jackson A. Dunn). He’s going through that awkward phase as changes begin to happen to his body and he’s looking at the world in a different way. To be fair, Brandon’s development is slightly different from other youngsters, as he was discovered in a rocket ship in the woods as a baby by Tori and Kyle and raised as their own, keeping his alien heritage a secret. However, Brandon keeps getting these urges and exhibiting abilities that thrill and intrigue him. As his will hardens and his powers increase, Tori and Kyle must confront what type of creature they have living under their roof. Yarovesky, working from a script by Brian and Mark Gunn, takes an overly familiar tale and twists it into a new nightmare, which is always a good way to add a bit of creepiness to a story. “Evil Superman” isn’t a new concept for comic book readers and there have been many famous storylines and characters using the idea of a dark Man of Steel. Brightburn would have benefited from using more of the superhero beats that audiences have come to expect from these origin stories, like recurring maxims that define the hero’s journey, testing out his powers, etc. By using the language of a subgenre that so many people are familiar with, it would have made that gradual dark slide even more unsettling. As it stands, Brightburn isn’t really a blending of two subgenres but instead a complete horror story whose starting point is grounded in comic book lore.

The good news though is that Brightburn is an extremely effective outing that has more in common with films like The Prodigy and The Good Son. Dunn gives a quite stunning performance as Brandon, appearing at times like a petulant brat or a scared child or something more deeply sinister. These many facets are carefully folded in together and make it easy for audiences to understand his motives, even if they’ll never be sympathetic to them. Denman also turns in a strong performance as a father who is completely out of his element and wrestling with the possibility of what he is facing. Tori is well acted by Banks but is given the frustrating cliche of bad seed films where one parent is in denial about their evil child, until it’s too late. It’s a well-worn thing in a film that adds a lot more nuance to every other relationship and interaction. Despite that unfortunate element, Banks still makes you care about Tori and understand her love for her little monster. Yarovesky derives a lot of tension from scenes thanks to the fact that his villain is pretty much boundless. Unlike the Friday the 13th series which require a lot of wilful suspension of disbelief whenever Jason pops up out of nowhere, the reason why Brandon can be in unexpected places is baked into his character, his abilities and what makes him so threatening. Tim Williams’ score is especially effective at adding to these tense moments when you’re not quite sure how far Brandon will take it or what the outcome will be, although more often than not, it ends in squirm-inducing gore that utterly shocking to behold. Brightburn is a very satisfying and gripping horror film that moves rapidly and is reinforced by some excellent acting and truly appalling visceral consequences. The team behind it was right to jump on the zeitgeist and combine these two genres, because it’s a clever mixture of people’s greatest superpower fantasies and ultimate nightmares of powerlessness that results in an entertaining story that is well worth a viewing.