“Don’t think badly of me,” Dakota Johnson’s mysterious young mother tells the mythical-sounding Leda in The Lost Daughter. Played by Olivia Colman, Leda waves her concerns away. “Oh, I don’t think badly of anyone,” she says in the Oscar-winner’s typical sing-song voice, in debutante director Maggie Gyllenhaal’s film. Based on Elena Ferrante’s novel The Lost Daughter, also written by Gyllenhall, this is a film about slightly unpleasant people – and if anything, the film is searingly empathetic towards its characters, the most prominent of whom is a middle-aged divorcee who makes it quite clear, on several occasions, that she wasn’t quite cut out for motherhood. Off on a ‘working holiday’ at a beachside Greek town, Leda’s bliss is rudely interrupted by a disruptive, rowdy family from New York. They reek of entitlement as they demand that Leda make room for them on the beach by moving her things to one side. More out of her inherent defensiveness than anything else, Leda refuses, but ends up painting a target on her back for the rest of the trip. The obnoxious family isn’t accustomed to taking no for an answer, and it shows. Leda, a scholar of Italian literature expresses her loathing and distaste at the beer-guzzling, tracksuit-wearing scum who’ve desecrated her personal beach. But she is drawn to the quietest of them—Nina, the young mother played by Johnson, who appears to be just as distressed about the idea of having to take care of a child as Leda was when she was her age. They exchange looks, and before long, develop a quiet connection. As she observes Nina, who appears to be teetering on the edge of a mental breakdown as she struggles to care for her daughter Elena, Leda is jolted by memories of her own past as a young mother to two daughters. In these flashbacks, she is played by the equally brilliant Jessie Buckley, perhaps the only actress who could have gone toe-to-toe with Colman in a narrative that requires each of them to be operating at the same level.

On one of her trips, the young Leda is seduced by a hipster academic played by Peter Sarsgaard, who, in a moment of over-the-top pretentious symbolism, recites Yeats to her, in Italian, if you don’t mind. No wonder she didn’t judge Nina when she caught her in a compromised position. Gyllenhaal isn’t so much concerned about unclothing the cast’s bodies as she is about penetrating their minds. Her mostly handheld camera lingers on faces, and taps out of scenes on its own terms. It’s hugely confident filmmaking from someone who can conjure up suspense from an unbroken shot of an orange being peeled. The Lost Daughter is a complex story about motherhood that makes the bold decision not to offset the potentially alienating drama by introducing the perspective of Leda’s daughters. Nor does it litigate her for abdication of her motherly duties. But there’s a sense that Leda has put herself on trial. She wells up the tear-dropping quite easily, and latches on to Nina without much resistance, despite knowing that she’s probably inviting trouble. It’s quite obvious that Leda has erected barriers around herself, but it’s never quite clear if this is a mechanism to protect herself from others, or to protect others from herself. But it certainly dismantles several age-old notions about motherhood. The Lost Daughter is a feature about unfeeling women, made with a tremendously tender hand. Leda and Nina haven’t simply resigned themselves to the fact that they’re emotionally detached, they’re caught in a crippling cycle of wanting to conform, but it's evident they're also wanting to break free. In Leda, Nina can see her future, and it terrifies her. And in Nina, Leda can see her past. Unlike the orange peel, this chain will likely remain unbroken. 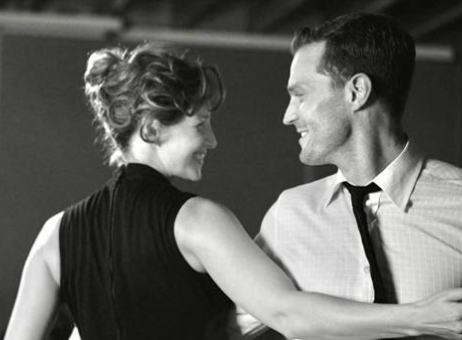 Kenneth Branagh was once merely a brash Irish actor staging rousing and passionate productions of Shakespeare hoping to attract youngsters to the work of the Bard and also to establish a career for himself. In his early acting years, Branagh judiciously explored his Northern Ireland roots on stage - and with Belfast, it feels like Branagh has poured his poignant home town memories into this deeply personal film. Signing up top-name acting collaborators such as Judi Dench and Ciaran Hinds and some of the best Irish actors working today including Caitríona Balfe and Jamie Dornan, Branagh places them into semi-autobiographical versions of his family, friends and neighbours back in the day. They represent three generations of Belfasters, the backbone of this intimate snapshot of late 1960s Northern Ireland, with Hinds and Dench as Pop and Granny, and Balfe and Dornan as Ma and Pa to young Buddy (an outstanding performance from newcomer Jude Hill). Initially introducing audiences to a colour-drenched montage of aerial views of Belfast today, Branagh’s camera then slips over a fence and back in time to a monochrome past seen mostly from Buddy’s point of view. He lives a seemingly carefree childhood, comforted by his tight knit community, but his peaceful play is quickly shattered by the Troubles which invade his mixed religion, middle class street. Housing both Catholics and Protestants, the street becomes a war zone that erupts in the middle of the day as Protestants try to physically oust the Catholics from their homes. Branagh uses Buddy’s total confusion about the causes of the violence as an entry point for the audience. He gives us a child’s eye view of the palpable fear and utter absurdity of two dogmatic religions battling for social dominance and the souls of its devout worshippers. A thoughtful young soul, Buddy whizzes about the streets visiting his grandparents, attending school, or even testing the waters of his own rebellious nature with an older firebrand pal Moira (Lara McDonnell). Buddy’s existence offers us a street level view of living in the Belfast of the time - and he’s a winning tour guide, serving up the highs and lows of childhood with sincerity, charm and heart.

The youngster additionally operates as our voyeur into the adult matters of the story, as he lingers on the family stairs or listens through windows to their small dramas unfolding around him. Outside of the social unrest, Buddy’s parents are existing as a long-distance family due to the fact that his Pa has steady work in London. Offered a more permanent position with a larger rent-free house and garden, the couple wrestle with the prospect of leaving their close community—something which Buddy’s Ma can’t even begin to imagine or countenance —for a safer, stable life abroad. There’s also the quiet wisdom of Buddy’s grandparents, who are failing in health and heart as the violent changes in their city encroach upon them all. By following this topsy-turvy existence of a young lad, Branagh is able to keep an innocence to this slice of life story as the bigger issues behind the Troubles are kept at bay. They simmer and threaten at the fringes, an encroaching threat that is made understandable for audiences not seeped in the complexities inherent in Irish politics and religion, and by keeping the camera and the story child-oriented, everything is more emotionally tangible, from the violent skirmishes that flare up to the emotional meltdown of a child facing the possibility of leaving the only place he’s ever known. Hill carries those moments on his little shoulders with weight and truth - and he’s supported by achingly intimate and quite beautiful performances from Dench, Hinds, Balfe and Dornan. They portray people who know and show love, disappointment, laughter, anger and frustration - all of which adds a gravitas to the world around Buddy. It’s extremely refreshing not to see the film devolve into the too-often-seen Irish clichés of alcoholism or bitterness within marriages. They have flaws certainly, but despite it all – they sing and dance and sacrifice for one another with quiet nobility.

The ambience of Belfast is also to be commended, with D.P. Haris Zambarloukos effectively using black and white stock to alternately capture the warmth of the era and the stark brutality of the times. The sound design draws you into the aural landscape of the neighbourhood, from the layered snippets of conversations that Buddy overhears, to the intensity of the violent uprisings, or even just the musicality of radios and television sets providing the cultural context to Buddy’s young life. Musically, Van Morrison provides a superb soundtrack that serves as the connective score. He’s a native Belfaster, which makes him city-appropriate. To see Branagh come full circle with Belfast is a joy. There’s the expected nostalgia, but also a huge degree of graceful observation showing the wisdom and clarity which he has clearly acquired with the power of hindsight. Buddy’s experiences feel infinitely relatable, but also inexorably tied to his Irishness, making him the rare conduit that connects us to ourselves while introducing us to a time and place only those born to it will truly know.